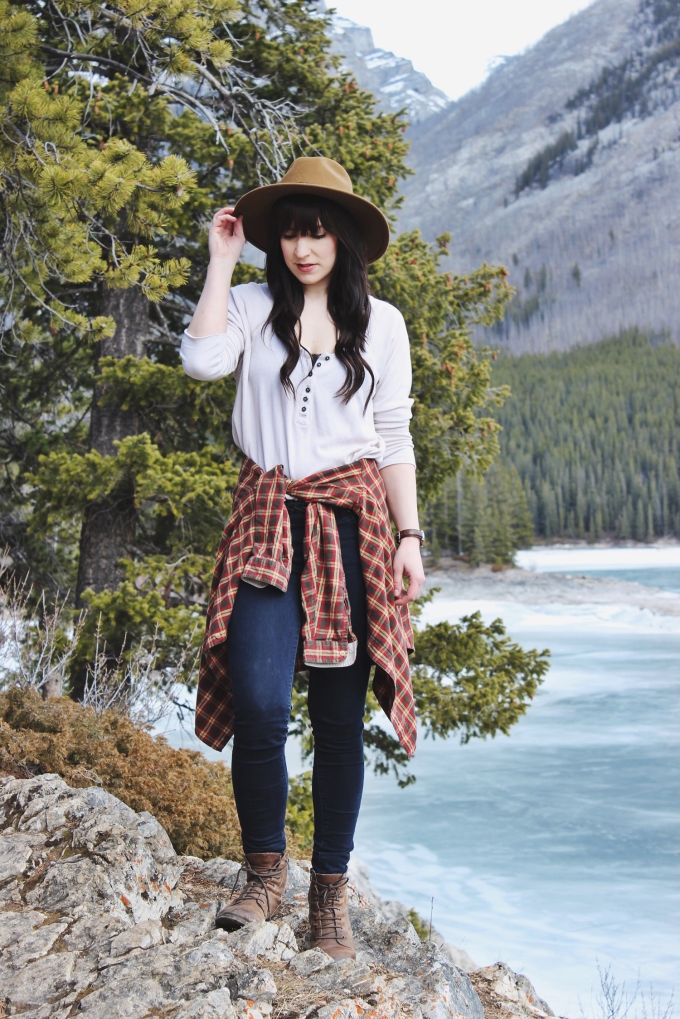 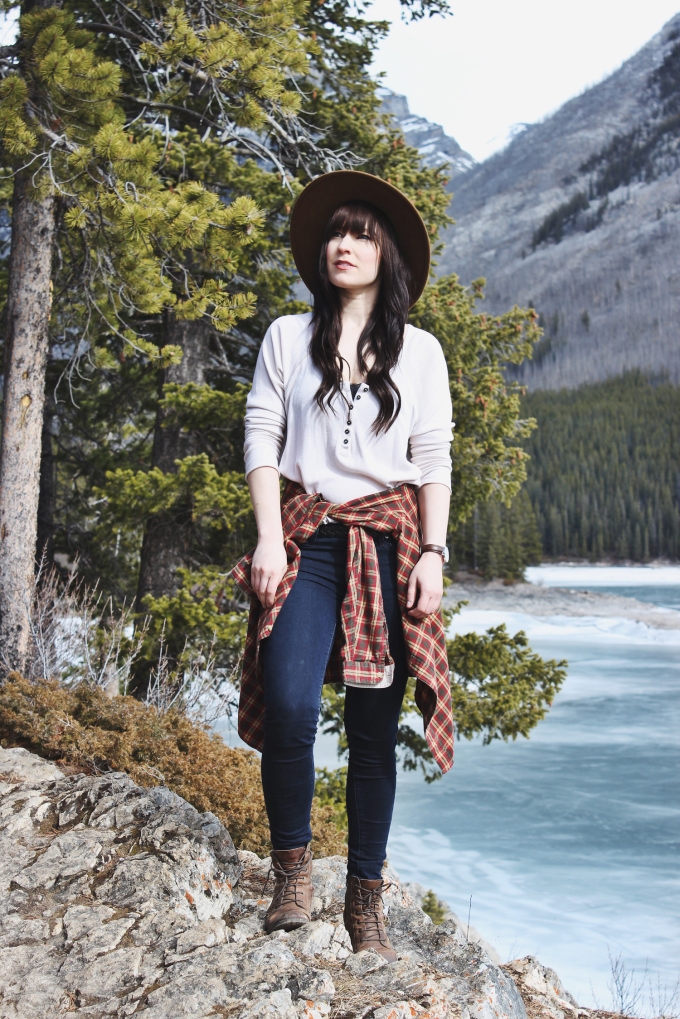 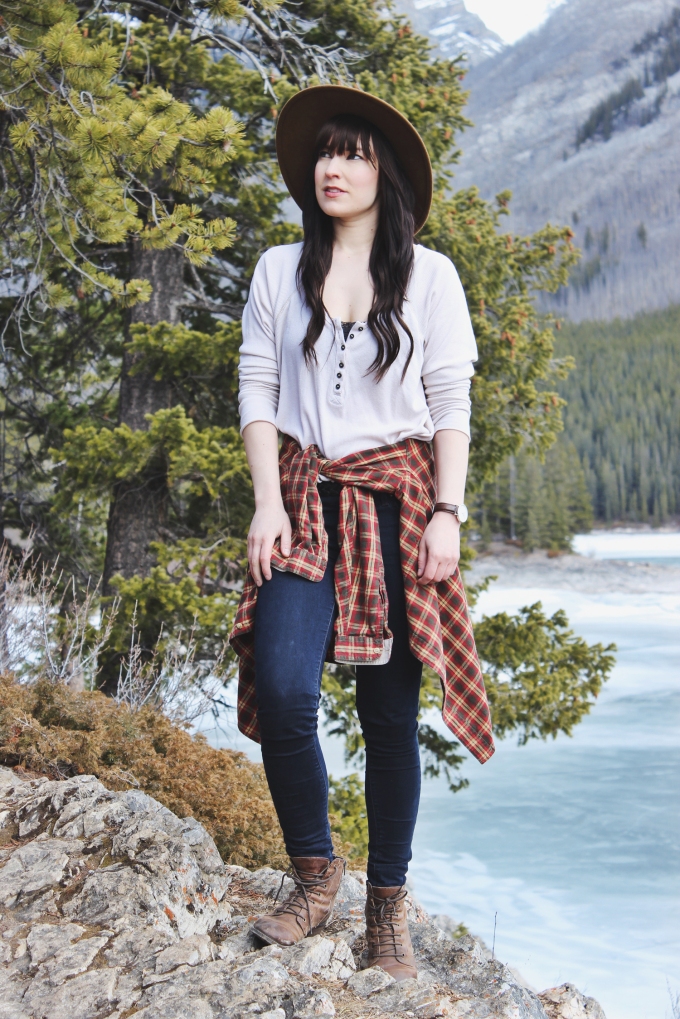 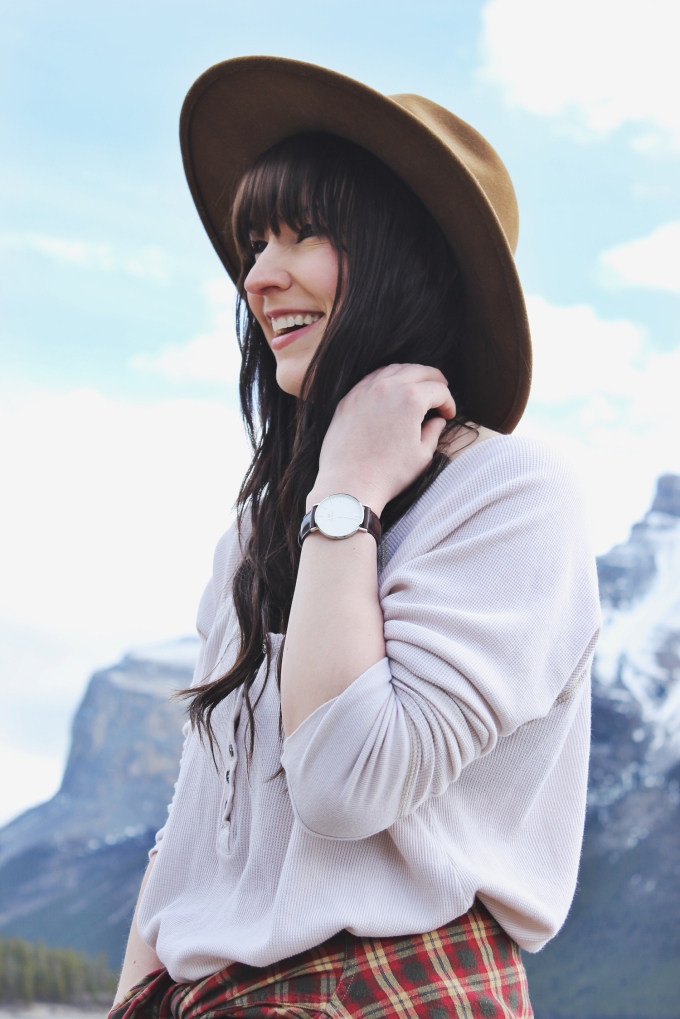 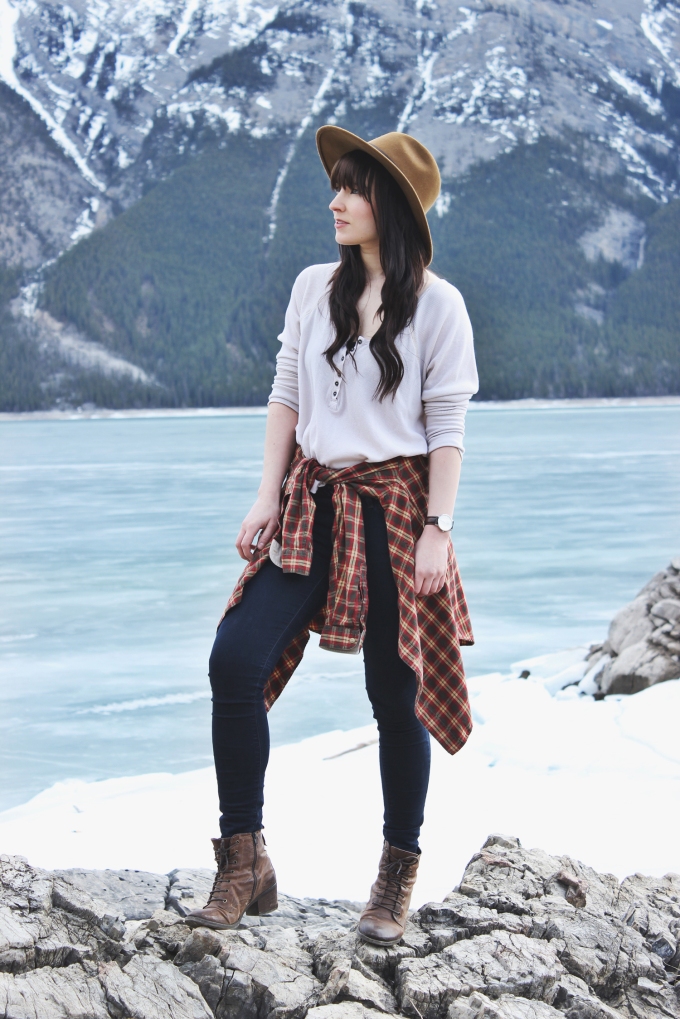 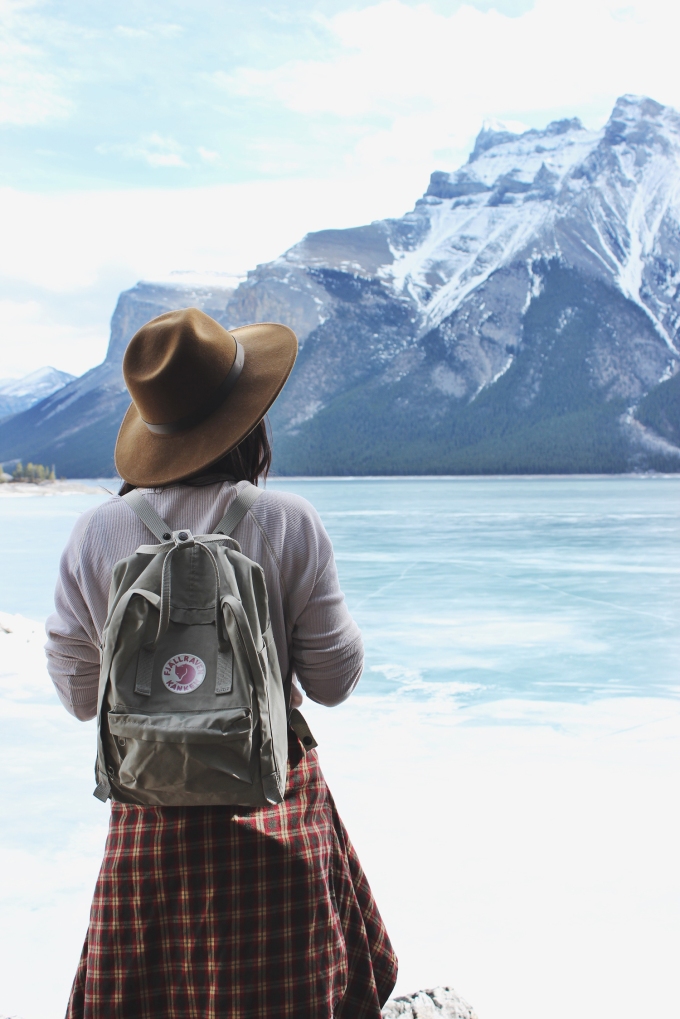 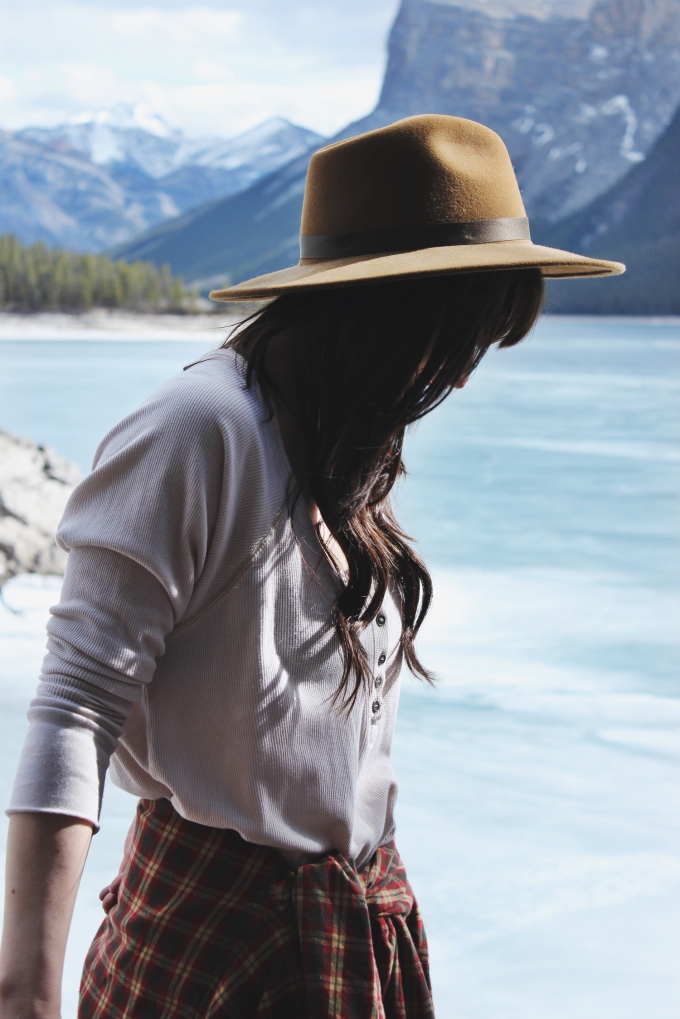 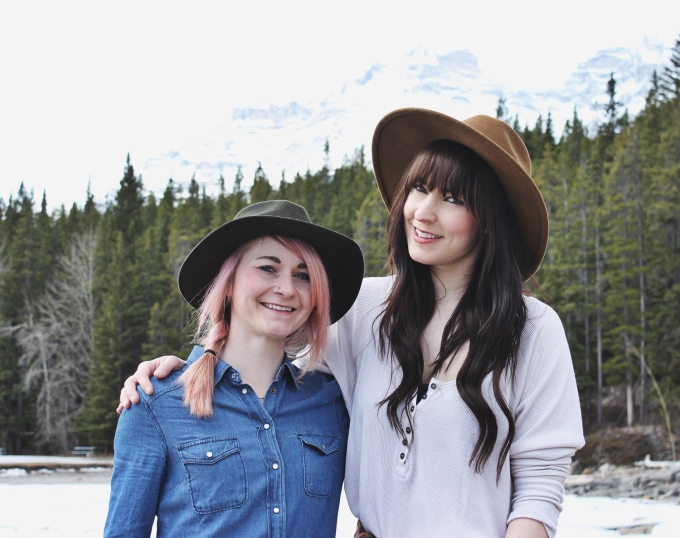 I’ve been really into Henley shirts lately. I love this one because it’s oversized and it kind of looks like a mens shirt. I don’t know why but this makes me like it a little more. Sometimes it’s nice to take certain mens styles and make them a little more feminine. I also sometimes find that I like the colour options that are available in mens clothing over women’s. It’s probably because i’m not the biggest fan of pink or purple and those colours tend to be more prominent in women’s wear.

The rest of the outfit consists of my favourite dark denim skinny jeans and a plaid shirt. I also wore my favourite extra wide brim Goorin Bros hat. To finish the look I added my new Daniel Wellington watch. It’s such a classic style that it goes well with most outfits that I wear. You have until the end of March to take advantage of the discount code: “thefoxandfern” for 15% on danielwellington.com!

These photos were taken by my awesome friend Jaclynn Phillips who’s also in the photo at the end being extra cute!

This site uses Akismet to reduce spam. Learn how your comment data is processed.